This film is currently in production

Lennox Blackmoore is a former boxer with a professional record of 25 wins and 5 losses.

As the first Guyanese boxer to win the British Commonwealth title, Lennox became an instant hero in the small South American Country of Guyana.

During his career, Lennox had a string of 25 wins and 2 losses before losing to Aaron Pryor in 1981.

Straight out of World-Famous Boxing Cathedral, Gleason’s Gym in Brooklyn NY, meet a veteran boxer who almost had it all.

From his new home in Brooklyn, NY, this film follows Lennox as he attempts to mentor one last champion.

Me, Joshua Teicher - The Film Maker

I started training with Lennox Blackmoore at the World Famous Gleason’s Boxing Gym in Brooklyn, New York City. Spending many mornings, days, and nights at the gym. One day Lennox pulled down a torn old-ragged photo book from the top of his locker. I was transfixed by the old black and white photos and newspaper articles. I was inspired enough by his experiences and began to use my skills as a filmmaker to record his stories. Lennox is quite a character, a rare and unique individual. He has reached his dreams and has the stories to prove it. We both agreed his story would make an excellent documentary. Now the world will get an opportunity to know the champion, the trainer, and the man, Lennox Blackmoore.

Saloni Sharma oversees Tourism for the Brooklyn Chamber of Commerce through which she supports and advocates for Brooklyn’s tourism recovery and growth, with a focus on underrepresented communities and businesses.  Ms. Sharma is an immigrant from the southern African country of Zambia and began her career as a community organizer to support small businesses in her neighborhood.  She has a passion for writing and exploring local stories and how they impact a community and believes that fact is in fact stranger than fiction.  She is an amateur boxer at Gleason’s Gym training for her first fight.

I and many others have been working on this project for over two years without pay (in-between bread and butter jobs) . We still need to film eight additional interviews (Lennox’s many fighters and family members) to get this film done. Which means we will need funds to pay camera operators and lighting equipment, additional animation, which is very time-consuming, color correction, and audio mixing. We also need to pay for rights to footage and music to use in the final documentary and hire the archivist to track down all the rights. One of the biggest challenges has been cataloging Lennox’s entire photo album, taking physical photographs, and repurposing them for video. Even just doing the animation myself for the teaser took many hours of trial and error. The hours of video editing alone have come at the cost of paid projects I have been unable to pursue and time away from my kids. Like a boxer’s journey, filmmaking is often a solitary endeavor and the execution of a single-minded vision. However, many other people have stepped up to offer assistance and this has been a real community effort! It is my objective to inspire people to pursue their own personal goals and push through life’s challenges. “Don’t Quit Champ” was the Guyanese cheer for Lennox in his early days and I hope this story pushes forth that same spirit! 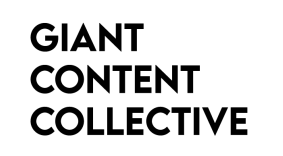